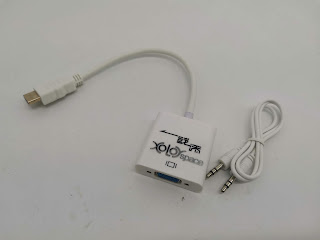 Free coupon: XOLORSPACE599
Use this coupon you will pay 0 of the product but just need to pay shipping cost. You will enjoy free shipping with an entire order value up to US$40.

How to choose a 4K 60HZ HDR HDMI switch with audio out?

When you want to hook up all your sources such as game console, Blu-ray, media player (Roku, amazon fire TV, Apple TV, etc.), foxtel box, etc. to a switch box and output to your 4k 60hz HDR TV and soundbar or receiver, you will need a 4K 60HZ HDR HDMI switch with two HDMI outputs (one is with audio / video to TV and the other with audio only to soundbar / receiver).
Then how to choose the best HDMI switch supports 4k 60hz HDR and Dolby Atmos audio?
First, if you've 3 or 4 sources, and want to streaming audio through HDMI port, a HDMI switch with four HDMI inputs and one HDMI output with audio / video to your TV, and one HDMI output with audio only. And your soundbar or receiver should be with "HDMI IN" port. Those are with "HDMI ARC" port only can't display audio from HDMI sources, but return audio from TV. It is not a real HDMI port. If your soundbar or receiver only has a "HDMI ARC" port, you can only use optical port. Sonos beam and BOSE 500 are two models with "HDMI ARC" port only.
XOLORspace 23421 is recommended, which is with four HDMI 2.0b inputs and one HDMI 2.0b output for TV, and one HDMI output with audio. It is able to output 4k 60hz YUV 4:4:4 8 bit HDR to TV, and Dolby audio (Atmos, DTS, TruHD, 7.1ch) to a HDMI 1.3 / 1.4 soundbar / receiver. Second, you only have one source, and you want to switch easily from the source and TV apps. You can choose a cost-effective HDMI splitter with one HDMI 2.0b input and one HDMI 2.0b output for TV, and one HDMI audio output only. XOLORspace 63021pro may be the choice. XOLORspace 23421 4k 60hz HDR 4x2 HDMI Matrix switcher has received some negative feedback that it does not have sound on sound bar. But for a long time, we still could not figure out why, until today, we have a customer in US who also found no sound on his BOSE sound bar. We thank this customer very much for his patient communication with us, but not to just leave a negative review and silent forever. We found out his BOSE sound bar only has one HDMI (ARC) port but does not have "HDMI IN" port. 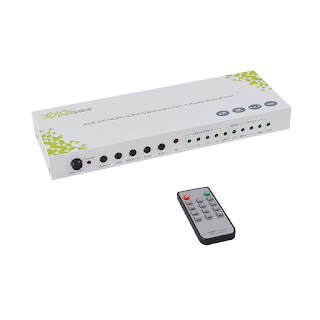 The working logic is: the source gives signal to the HDMI input port of 23421 and its Output B is to plugged to the sound bar's “HDMI IN” port. But on the sound bars those has only HDMI ARC port, which is not a real HDMI port, can't accept HDMI audio input. It just displays audio returned from TV by Audio Return Channel. You can prove this by connecting your sound bar to the TV's HDMI port that not support ARC. You will not get sound through a HDMI port that is not with ARC. 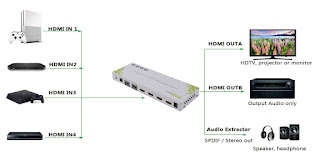 So, the conclusion is that, on a soundbar that is without "HDMI IN" port, you can only use the optical port. XOLORspace 23421 can also return TV's audio through ARC to optical port on the sound bar.

Below I will list some soundbars that does not have "HDMI IN" port. 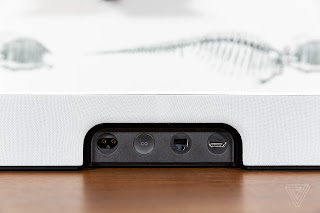 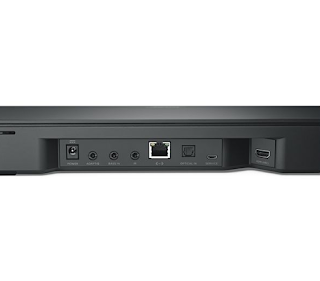 
A soundbar that can work with HDMI switch should be with "HDMI IN" port:


XOLORspace 4K 60HZ HDR HDMI switch withoptical audio out 23031A is with very special white and green housing breaking down the dullness of black electronics. 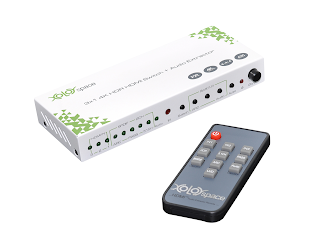 The small function I must speak of is ARC (Audio Return Channel) because it is very useful when users switch to the TV apps. program from the input source of the switcher. 23031A HDMI switch ARC can return TV’s audio to optical port. 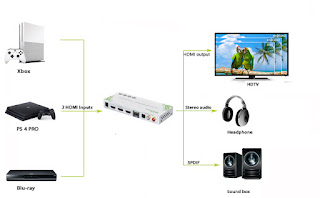 Now you can get it at just US$34.99 on xolorspace's factory webshop

The factory supplies it with different power supplies to match the demand for different areas. 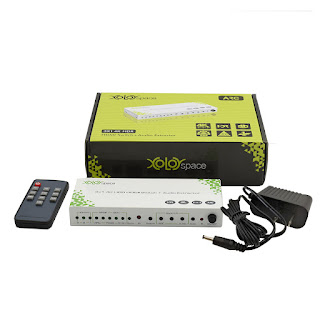 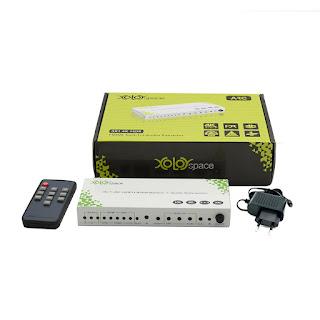 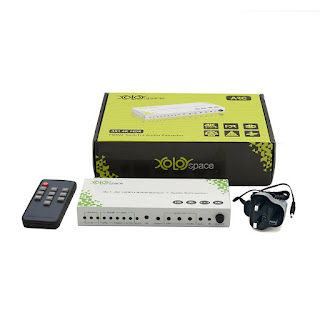 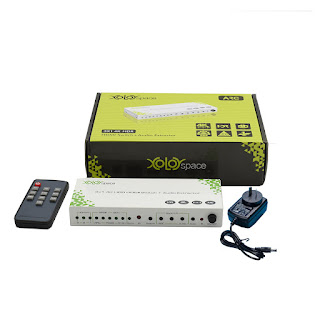